MY FRIEND, MY PROTECTOR

I have not written in awhile as it has been hard to adjust to the loss of one of my Shelties. I lost Keeper on March 16. He went in for a dental and to have a mass removed and he never woke up. This was not how this was supposed to work. There may have been some underlying cause that did not show up in his blood work.

Keeper came to me about three years ago. He had been a kennel dog but longed to be a house dog. He hated going out in the rain and the snow. His special place was under my desk with  his head resting on my foot. Never fail, every time I sat at the desk he was there and put his head on my foot.  A very comforting feeling. He was so sweet and so concerned about me. When one of the other dogs would jump up or get rowdy around me, Keeper would discipline them. He knew each one by name. When I would discipline one he would then follow up with his own method of discipline. He would run up to the offender and snarl and then come back to his spot under the desk.

He has been gone not quite two weeks and there is such a hole in my heart. Yesterday I sat at the desk and felt a head on my foot, just like Keeper, but it was Brooke. I know his spirit is still around here, I feel it all the time. He was so intuitive and knew when I needed him. I don't know that I will ever get over loving Keeper.

I did not write about him before this as it was just too hard. But now I think of Keeper and all that he did for me and the other dogs. I am able to smile. Some dogs just have a special place in your heart and he was one of those special dogs. 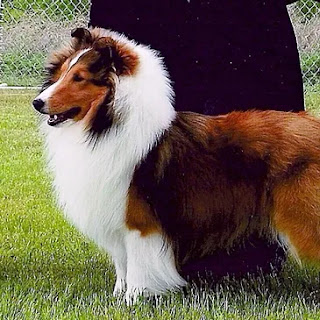